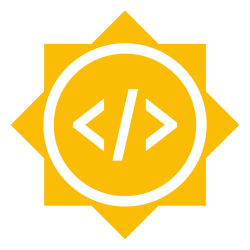 We’ve come to the last phase of coding for my Google Summer of Code 2016 project, and things are currently going quite well. The scope of developing CKEditor plugins for the Translation Management Tool module was really fascinating so far, with many challenges to solve and new things to learn every day. I believe my work will significantly help local translators in their translation process by providing a nice content segmentation and translation suggestions. The idea is to create a tool similar to Google Translate, but with some extra features, like segmenting the text and masking HTML tags inside them.

Last week I discussed about the complete overview list of all the things that are already implemented and how I imagined the UI for the new translation process.

As I got quite some feedback from my mentors on the mockup that I created, I have focused on this part this week. I have extended it with definitions and synonyms for a specific (selected) word that we get for the marked word from the Translation Memory and created some screenshots, that can be found in my Google Drive folder. Any tips and ideas about the UI are strongly appreciated.

While working on this topic, I realised that the current scale for the quality of the translations in the memory is not perfectly suitable, since it ranges from 0 to 5. I suggested to the maintainer of the Translation memory project to extend the quality scale to 10. I believe this would result in a more accurate scale of marking the translation’s quality and would be easier for the translator to decide, which translation is better. For that, I opened this issue on drupal.org. With the usage of real quality values for the translations, we can get rid of all the hardcoded testing values. The source values are yet to be discussed and implemented properly, after that I can merge the mockup branch, which contains the new UI with the main master branch. The code for the mockup with all the updates can be found here.

Another topic that we discussed on our previous weekly meeting was about the validation area. My first idea was to put it in the sticky division on the right top corner, but with some thinking, we agreed to put it back in the area below the editor. I changed the visual appearance of the warning and proposed two solutions - one that follows the Drupal guidelines for general error messages on the page and another one, that is more simplistic.

The next problem that I’m having is with dragging the widget inside the segment. I can’t figure out why the parent segment is created and displayed around the tag when the dragging happens. I will have to dig deeper in the dtd and widgets topic.

I also spent some time on the performance part, solving an important issue regarding the call of the onChange event function. I am using the debouncer to limit the invocations of this function in a given time frame, since before that, if the user was typing some text the function was called many times, resulting in significant resource consumption.

My workload for next week will be very intense, since I have so many issues opened on various topics. 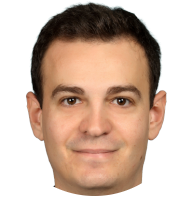